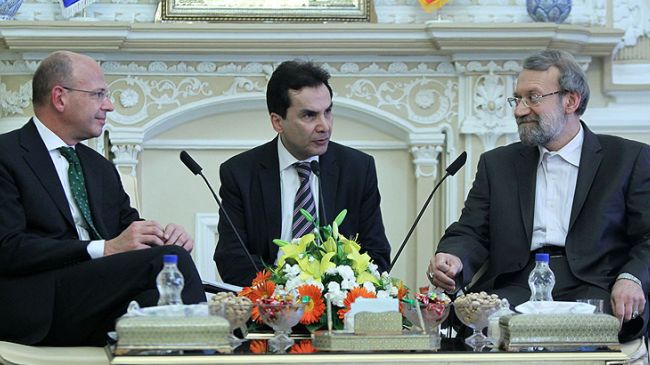 Italian Ambassador to Tehran Luca Giansanti has called for the resumption of industrial and economic ties with Tehran.

He made the remarks during his visit with the governor of Kerman province.

Giansanti went on to note that the foreign ministers of Iran and Italy will meet in New York in the next three days.

“We seek a way to prove that Iran’s nuclear program is peaceful,” he said.

He once again stressed on the need to boost the two country’s cooperation in the fight against narcotics smuggling.

Giansanti in July called for enhanced cooperation between Italy and Iran in the fight against narcotics smuggling, Press TV reported.

He said that Italy was keen to expand relations with Iran in the campaign against narcotics smuggling and added, Tehran-Rome have a long record of cooperation in this regard.

The envoy also hailed Iran as a flag bearer of combating against drugs in the region and called for establishing immediate interaction between the anti-drug police forces of the two countries in order to exchange views and experience.

Iran has spent more than $700 million to seal the borders and prevent the transit of narcotics destined for European, Arab and Central Asian countries.

The war on drug trade originating from Afghanistan has claimed the lives of nearly 4,000 Iranian police officers over the past 34 years.