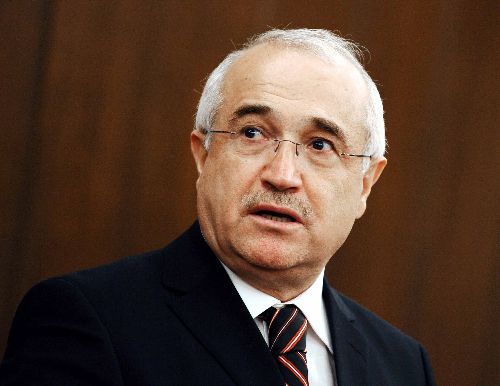 The Turkish speaker’s official visit comes at the invitation of his Iranian counterpart Ali Larijani.

A report by Al Alam network said that Cicek will arrive in Tehran today and plans to confer on the latest regional and international developments.

Also Turkish Anadolu News Agency reported that Cicek will pay a three-day official visit to neighboring Iran, during which he will hold several meetings with top leaders, including the country’s new President Hassan Rouhani.

The first senior level contact from Turkey with Rouhani was held in early August when Turkish Foreign Minister Ahmet Davutoglu travelled to Tehran in order to represent President Abdullah Gul at his inauguration ceremony.

Accompanied by a parliamentary delegation, Cicek will depart for Tehran on September 21 and will hold a meeting with Rouhani on September 22, the agency said.

Thus Cicek will be meeting with the Iranian leader ahead of a highest-level bilateral meeting between the presidents of the two neighboring countries, which is expected to take place in New York on the sidelines of the 68th General Assembly meeting of the United Nations next week.

In addition to Rouhani, Cicek is also expected to hold separate talks with Supreme Leader Ayatollah Khamanei and First Vice-President Eshaq Jahangiri on September 22, as well as meeting with Parliament Speaker Ali Larijani on September 21, the report added.

After wrapping up their contacts in Tehran, Cicek and the accompanying delegation will proceed to the city of Shiraz on September 23, ahead of their return to Turkey later on the same day.