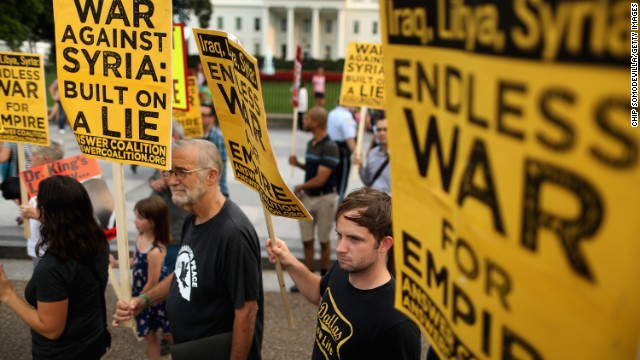 TEHRAN (FNA)- A majority of Europeans and Americans strongly opposed their countries intervening militarily in Syria’s 30-month-old battle, according to a transatlantic poll.

The survey, published on Wednesday by the German Marshall Fund of the United States, a US think tank and the Compagnia di San Paolo, an Italy-based private foundation, also found that 62 percent of Americans and 72 percent of Europeans believed their countries should avoid military intervention in Syria’s battle.

Only 30 percent of Americans and 22 percent of Europeans felt their countries should intervene in Syria.

In Turkey, which borders Syria, 72 percent said their country should stay out, while 21 percent favored intervention.

In all regions, the survey found a hardening of attitudes against outside intervention, compared with last year.

Opposition to western intervention in Syria was reflected in the parliamentary defeat British Prime Minister David Cameron suffered last month, when he sought approval for a motion that would have authorized military action in principle.