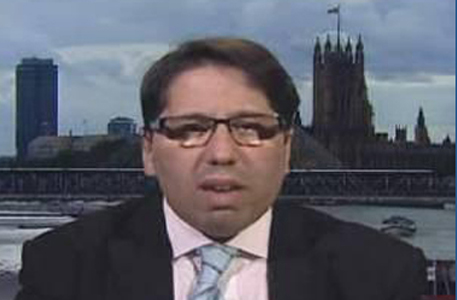 An expert says Saudi Arabia seeks to wage a sectarian war in the Middle East, particularly in Iraq, for its desperate need to save its own skin and improve its stability, Press TV reports.

“It [Saudi Arabia] is intent and bent on sparking and triggering a sectarian war between the Sunnis and the Shias in Iraq, in Syria and also most recently in Lebanon in order to provide the evidence to its people and to counter and stave off any internal uprisings,” Zayd al-Isa said.

He added that Saudi Arabia has propagated an image and position all the decades that it is the “defender and the guardian” of Sunni Islam.

“But now its [Saudi] people discovered this patently deceitful myth by, actually, witnessing the dramatic intense support by the Saudi regime to the secular and tyrannical dictatorships in Egypt, Tunisia and Yemen,” the commentator stated.

However, the Saudi regime has convinced its people that it is intent on “holding at bay, if not turning the tide” of popular uprisings, he added.

Isa noted that Riyadh adheres to the Wahhabi and Salafi ideology and said that the regime needs to prove to its people that it is actually engaged in dealing and confronting an “existential threat coming from the Shias and mainly the Islamic Republic of Iran” to justify its deeds.

Saudi Arabia has played a major role in activating the sanctuaries and safe havens for al-Qaeda in Iraq and has ensured that there would be an effective recruitment by creating the ideal environment through sectarian rhetoric and divisions.

On Sunday, former Iraqi national security advisor Mowaffak al-Rubaie said that Saudi Arabia is one of the major supporters of armed terrorism, plaguing the violence-stricken country.

He added that all leaders of terrorist groups operating inside Iraq have come to the country from foreign states such as Saudi Arabia and Yemen, noting that Baghdad has managed to identify them.

UN figures also say that over 4,000 people have died in terrorist attacks in Iraq so far in 2013, with Baghdad province hit worst.