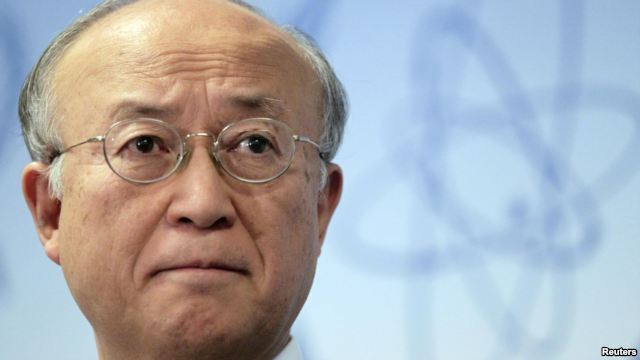 TEHRAN (FNA)- Director General of the International Atomic Energy Agency Yukiya Amano, in a meeting with Head of the Atomic Energy Organization of Iran (AEOI) Ali Akbar Salehi in Vienna on Tuesday, voiced optimism that the IAEA and Tehran would reach an agreement on the removal of the remaining ambiguities in Iran’s nuclear program in the coming months.

“In light of the atmosphere created because of Iran’s (recent presidential) elections and the ascending to power of the new government, efforts should aim to reach an agreement between Iran and IAEA within the next few months by using this opportunity,” Amano said.

Amano underlined that the IAEA is a technical body and since his taking office as its director general, he has tried to retain the technical nature of the UN nuclear watchdog agency.

Following the meeting, Salehi described his talks with Amano as “constructive”, and said, “I hope the remaining issues between Iran and the IAEA would be solved during the coming round of negotiations.”

He said Iran and IAEA have agreed to hold their new round of talks on September 27.

“Iran was ready to enhance and strengthen engagement with the IAEA,” Salehi added.

The meeting between Salehi and Amano took place on the sidelines of the 57th IAEA General Conference in the Austrian capital, Vienna on Monday.

Salehi arrived in the Austrian capital on Sunday to attend the IAEA conference, which began on Monday.