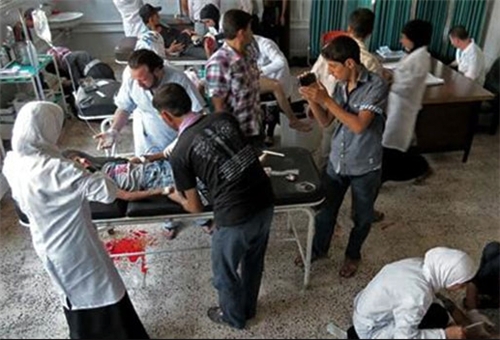 TEHRAN (FNA)- A bomb attack in Northwest Syria killed three people on Sunday, including a journalist working for a publication of the ruling Baath party.

The state news agency reported the killing of Fakhreddine Hassan, a journalist for the Baath party’s youth publication.

He was killed along with two other people by a blast that hit their bus on a road in the Northwestern province of Idlib.

Another nine people were wounded in the attack.

The conflict has killed more than 110,000 people, according to the Syrian Observatory for Human Rights.