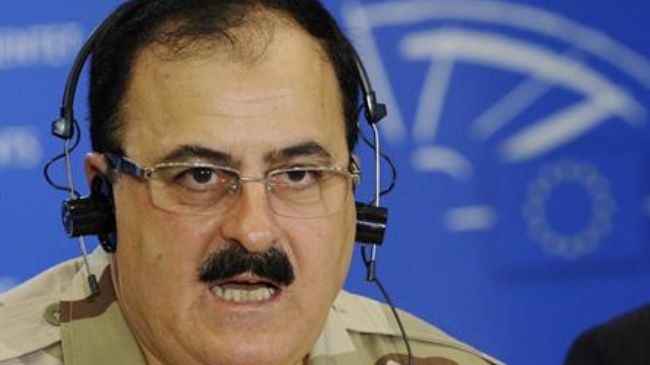 (Reuters) – The head of the opposition Syrian Supreme Military Council said on Saturday a U.S.-Russian agreement to eliminate Syria’s chemical weapons was a blow to the two-and-a-half-year uprising to remove President Bashar al-Assad from power.

General Selim Idris said the deal would allow Assad to escape being held accountable for killing hundreds of civilians in a poison gas attack on Damascus on August 21. Assad has denied responsibility for the attack.

Idris said Assad’s forces had started moving some of their chemical weapons to Lebanon and Iraq in the last few days to evade a possible U.N. inspection. The assertion could not be immediately verified.

“We have told our friends that the regime has begun moving a part of its chemical weapons arsenal to Lebanon and Iraq. We told them do not be fooled,” Idris told reporters in Istanbul.

“All of this initiative does not interest us. Russia is a partner with the regime in killing the Syrian people. A crime against humanity has been committed and there is not any mention of accountability.”

Asked if rebel brigades would facilitate the work of any United Nations weapons inspectors, Idris said: “This is very complicated … If investigators come, we will facilitate the mission. In the regions under our control there are no chemical weapons. I don’t know if this will just mean that investigators will pass through the regions that are under rebel control. We are ready.”

But another military council official, Qassim Saadeddine, said: “Let the Kerry-Lavrov plan go to hell. We reject it and we will not protect the inspectors or let them enter Syria.”