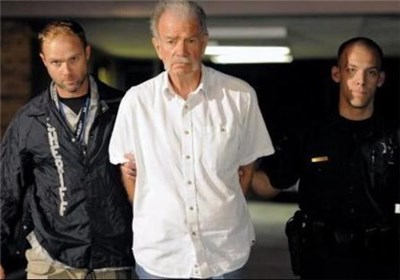 TEHRAN (Tasnim) – The infamous Florida pastor, Terry Jones, was arrested right before he planned to burn 2,998 Qurans on the 12th anniversary of the September 11 attacks.

Law enforcement arrested Jones Wednesday as he drove to a park to light nearly 3,000 Qurans on fire.

He had said he was heading to a nearby park to burn 2,998 Qurans.

Mulberry’s mayor, along with area elected officials, a sheriff’s deputy and several Polk County residents have talked about the need to express love and tolerance for all faiths on September 11, AP reported.

Jones is the pastor of a small evangelical Christian church. He first gained attention in 2010 when he planned to burn a Quran on 9/11, although he eventually called it off. His congregation did burn the Muslim holy book in March 2011 and last year he promoted an anti-Muslim film.

All three incidents sparked massive protests in the Middle East and Afghanistan.