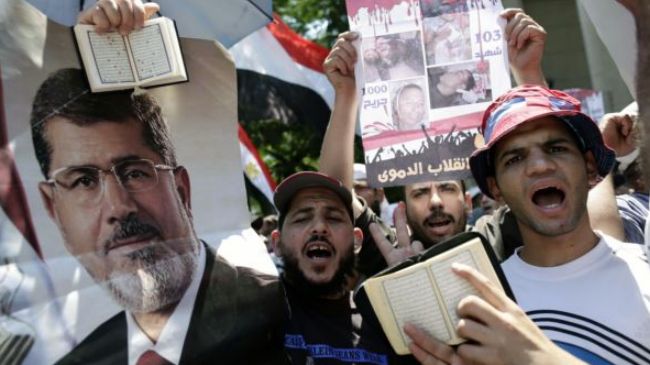 An Iranian lawmaker has criticized the restrictions put in place on pro-Islamic parties in Egypt’s new Constituent Assembly, which is appointed by the army-backed interim government.

Given the fact that Muslims account for 80 percent of the Egyptian population, any decision to amend the country’s Constitution and related laws must take into account the viewpoints of Islamic parties, Asafari stressed.

“Naturally, it is the people whose views should be taken onboard when amending the constitution; and the considerable Muslim population [of Egypt] certainly has the right to play a role in the amendment process,” he added.

The Iranian parliamentarian further denounced the persistent clampdown against the supporters of the Muslim Brotherhood and continued detention of the ousted president, Mohamed Morsi, warning that crackdown will only intensify street protests in Cairo.

On July 3, the Egyptian military deposed Morsi, the country’s first democratically elected president, and appointed head of the Supreme Constitutional Court, Adly Mansour, as interim president. The army also suspended the constitution and dissolved the parliament.

The move prompted calls for mass protests from the Muslim Brotherhood leadership who condemned the “military coup” and vowed millions would remain on the streets until the reinstatement of the ousted president.

The army-appointed government launched a bloody crackdown on Morsi supporters and arrested more than 2,000 Brotherhood members, including their supreme leader, Mohamed Badie, who was detained on August 20.

On September 1, Egypt’s interim government unveiled a constituent assembly as part of a road map introduced by the army-backed administration following Morsi’s ouster.

Although pro-Islamic parties have won five popular votes held since 2011, they are given no more than two seats in the 50-member assembly.