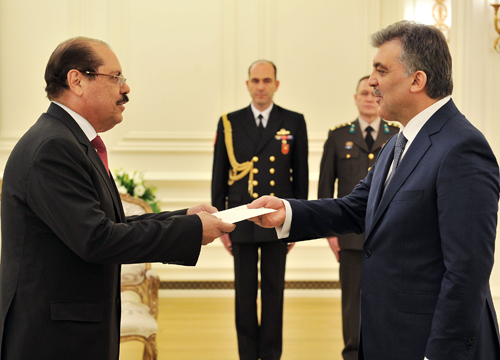 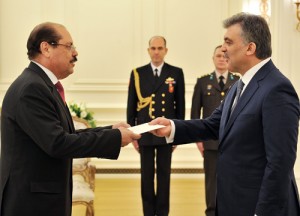 TEHRAN (ISNA)- Nicaraguan Ambassador to Iran Mario Barquero Baltodano lashed at the US President Barack Obama for his warmongering policy towards Syria, stressing that the US administration is acting like ‘barbarism era’.

” In the 21st century, Obama administration is acting like barbarism era,” Baltodano told ISNA, adding probable military operation against Syria shows lack of ‘civilization’ among the US officials while the issue can be settled through dialogue and talks.

“The US officials remind the human being the barbarism era when they speak of invasion against Syria. The US administration is acting like barbarians and does not show any civilized behavior,” he said.

The Nicaraguan envoy also expressed his country’s opposition against any military offensive against Damascus, and said, “We support Syrian nation and we think that they can resolve their problems through comprehensive cooperation.”

Meanwhile Syrian President Bashar Assad warned that the United States should expect a retaliation if it launches a military strike against Syria in response to the alleged August 21 chemical attack.

“You should expect everything. Not necessarily from the government,” Assad told CBS in an interview conducted in the presidential palace in Damascus.

The US will “pay the price if you are not wise with dealing with terrorists,” the Syrian president told ‘CBS This Morning’ co-host Charlie Rose in his first interview with American television in nearly two years.

This comes as American President Barack Obama is seeking to win an authorization from US Congress – that has been rather skeptical so far – for a ‘limited’ military strike against the Syrian government. The administration accused the Syrian government of ordering the use of chemical weapons in a Damascus suburb last month.

Assad, however, denied any involvement in the alleged attack.

“There is no evidence that I used chemical weapons against my own people,” he said.

According to Assad, the government forces were not in the area of the chemical weapons attack on August 21.

“Our soldiers in another area were attacked chemically,” he said. “But in the area where they said the government used chemical weapons, we only had video and we only have pictures and allegations. We’re not there”.