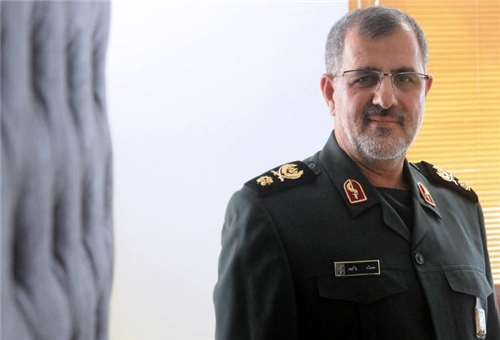 TEHRAN (FNA)- Commander of the Islamic Revolution Guards Corps Ground Force Brigadier General Mohammad Pakpour those of his border control units are equipped with the most advanced reconnaissance and combat drones.

“Today, the IRGC Ground Forces have been equipped with the most modern reconnaissance and combat drones,” Pakpour told FNA on Sunday.

He also underlined the Iranian Armed Forces’ full control over the country’s borders, specially the Northwestern borders, and said, “Today, this region enjoys a full level of security and local people have contributed a major role in the establishment of this security.”