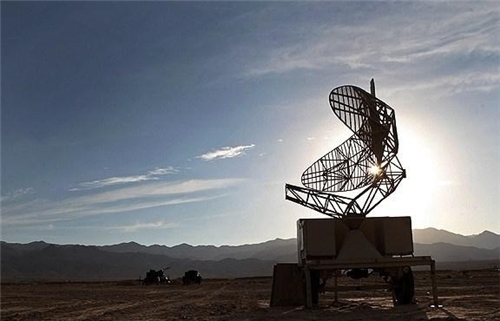 TEHRAN (FNA)- Iran has deployed two new radar systems, Shahab and Samen, to identify and trace stealth targets, a senior Iranian commander said, adding that the country is deploying even more new radar systems and upgraded its electronic surveillance systems in a bid to still boost its air defense capabilities.

He further pointed to the achievements made in the missile sector, and said, “The Ya Zahra missile system who was used in previous wargames will also appear in future military drills as well to display some new special capabilities, including destruction of low-altitude targets in the shortest time of engagement possible.”

General Esmayeeli also pointed out that Khatam radar systems which, he said, are the optimized version of Skyguard radars and suitable for low altitude engagements have been deployed in some parts of the country.

“In area electronic tapping, we unveiled Sayyad-40 surveillance system last year, but this year the system has been made different from the last year version both in terms of range and its tactical role,” the Iranian commander said, adding, “This system (Sayyad-40) is among the hidden layers of our air defense system as it sees, but remains unseen.”

The General said that another system used by his forces in the electronic tapping and surveillance units is the Iranian-made DDF positioning and tracking system which specifies the direction adopted by the target.

Iran has developed a powerful air defense unit in the last decade. In November, different systems with the capability of intercepting incoming cruise missiles as well as optimized and indigenized air defense missiles were tested in the massive aerial exercises code-named ‘Modafe’an-e Aseman-e Velayat 4 (Defenders of Velayat Skies 4)’.

In February 2012, the Iranian Armed Forces launched new radar and missile systems with various ranges all throughout Iran.

“Samen Radar System will come online in the next ten days,” Brigadier General Esmayeeli told FNA at the time.

Last week, Lieutenant Commander of Khatam ol-Anbia Air Defense Base Brigadier General Alireza Sabahifard said that the Iranian Armed Forces are promoting their capabilities in electronic warfare, adding that the country is now equipped with advanced radars, missiles and artilleries.

“Today, the (Khatam ol-Anbia) base is standing against the enemies as a lever of deterrence using the equipment and achievements” gained by the young people working in the country’s defense organizations, Sabahifard said in Tehran.

“Today, despite the sanctions, we have reached good results in electronic warfare as well as the production of radar, missile and artillery tools, systems and equipment,” he stressed.