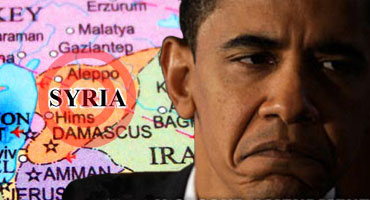 How Iran would retaliate to a U.S. strike on Syria

If the United States launches limited air strikes on Syria, Iran has threatened a response—but U.S. officials tell Eli Lake that any attempted Iranian terrorist attacks are not likely outside the Middle East.

For more than a year, as President Obama has considered the options for military intervention in Syria, the specter of an Iranian retaliation has weighed heavily on the White House.

Recent U.S. intelligence assessments are not entirely comforting, but one silver lining is that for now the government’s analysts do not expect Iran to attempt terrorist attacks outside the Middle East or Afghanistan in the event of limited U.S. air strikes on Syria, according to U.S. officials who spoke with The Daily Beast on the condition of anonymity.

Although Iran as recently as 2011 plotted a terrorist attack in Washington, D.C., astatement Wednesday from the country’s supreme leader, Ayatollah Ali Khamenei,  hinted that Iran would focus retaliation inside the Middle East. After meeting with members of Iran’s new cabinet, Ayatollah Khamenei said American “threats and possible intervention in Syria are a disaster for the region and if such an act is done, certainly, the Americans will sustain damage like when they interfered in Iraq and Afghanistan.” U.S. military generals have testified several times before Congress that Iran’s elite Quds Force helped to arm, train, and fund the insurgencies that killed American service members in both wars.

“There was always an assumption that the Iranians would look badly on any attack on Syria,” said Jeremy Shapiro, a Syria analyst who served at the State Department’s Office of Policy Planning from 2009 until this May. Shapiro said Iran has many options for retaliation but stressed: “The Iranian capacity to carry out terrorist attacks beyond the region, however, has eroded. They got so upset about the killing of their scientists and they embarked on a campaign of terrorist attacks, but almost all their attacks failed.”

Following a string of killings of Iranian scientists, Iranian operatives and members of Hezbollah, the Lebanese militia closely aligned to Iran, are alleged to have attempted attacks against Israeli targets in Thailand and India. In June, a U.S. district judge sentenced an Iranian-American named Manssor Arbabsiar to 25 years in prison for his role in an Iranian government plot to kill Saudi Arabia’s ambassador in Washington, D.C.  Those attacks failed. However, operatives alleged to be working with Hezbollah did succeed in blowing up a bus filled with Israeli tourists in Bulgaria in 2012.

One U.S. official said the Iranian willingness in 2011 and 2012 to launch terrorist attacks outside the Middle East was a surprise. “We never thought their analytics would bring them to the conclusion that a strike inside the United States would not raise our significant ire,” the official said. “We had to change our calculus about what they think our red lines are.” Nonetheless, the official said Hezbollah at least understood the U.S. response would be “significant and severe” if it retaliated outside the Middle East.

‘I think it is more likely Iranian and Lebanese Hezbollah operatives would target U.S., Israeli, and Western assets in Lebanon, Iraq, and elsewhere in the region.’

Michael Leiter, the director of the National Counterterrorism Center between 2007 and 2011, told The Daily Beast: “I don’t think it’s the most likely outcome that Iran would use terrorist operatives outside the region to retaliate against limited U.S. strikes in Syria. I think it is more likely Iranian and Lebanese Hezbollah operatives would target U.S., Israeli, and Western assets in Lebanon, Iraq, and elsewhere in the region.”

It’s unclear whether Hezbollah could succeed, however. “Hezbollah we always considered to be the A team, and that is an organization with global reach and they would try to use resources to attack us,” said former CIA director Michael Hayden. “Whether they could succeed in an attack in the United States is not clear.”

U.S. officials have publicly and privately made Iranian interlocutors aware that global terror strikes would be met with “severe” consequences, according to one U.S. official. In March, right before retiring as the chief of U.S. Central Command, Gen. James Mattis told the Senate Armed Services Committee that Iran would be unwise to interpret the reduction of U.S. military assets in the Persian Gulf as a sign of weakness. “I have what it takes to make it the enemy’s longest day and their worst day,” he said at the time. In July, after his retirement, however, Mattis said at an Aspen Institute forum that he was concerned the Obama administration’s response to the 2011 Iranian plot in Washington, D.C., was not stronger.

“We caught them in the act and yet we let them walk free,” Mattis said.