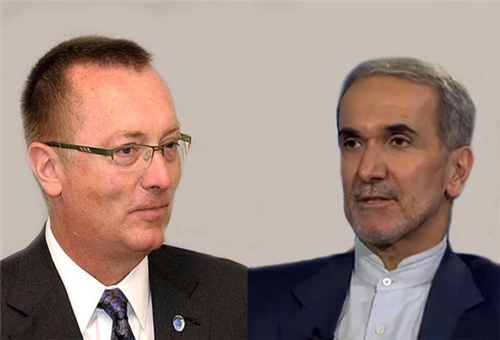 During a meeting with Iranian Deputy Foreign Minister for Legal and International Affairs Mohammad Mehdi Akhoundzadeh in Tehran on Monday, Feltman underlined the influential role of Iran in the Middle-East, and hailed the past and present cooperation between Tehran and the world bodies on campaign against drug trafficking, environment protection, climate change, refugee affairs, interaction with the International Committee of the Red Cross (ICRC) and humanitarian assistance to Afghans and Iraqis.

Feltman arrived in Tehran on Monday for a discussion of regional issues with top Iranian officials.

The UN undersecretary also discussed developments in Syria, Lebanon and Egypt during his stay in Tehran with other high-ranking Iranian officials.

Before joining the United Nations, Feltman served as US Assistant Secretary of State for Near Eastern Affairs from August 2009 to June 2012. He was previously the United States Ambassador to Lebanon from July 2004 to January 2008.

Feltman studied Arabic at the University of Jordan in Amman from 1994 to 1995.