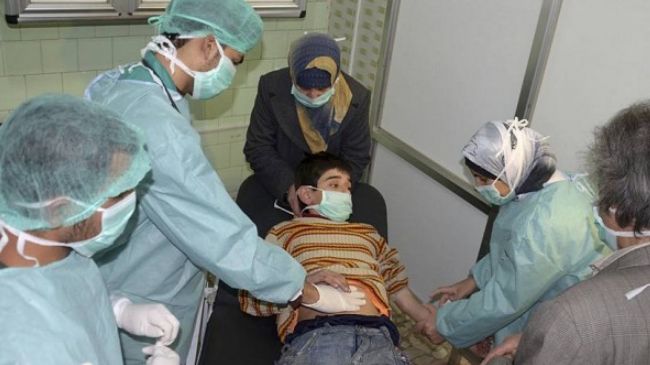 Israel will be first victim of US military action against Syria: Iran official

A senior member of Iran’s Majlis says the Israeli regime will be the first entity to fall victim in case of a potential military intervention by the United States in Syria.

Iran’s Majlis Director General for International Affairs Hossein Sheikholeslam stressed on Monday that a military strike on Syria is very unlikely, but added that if it actually occurred, “the first victim… would be the Zionist regime (Israel), because the Syrian military… can launch a major offensive on” Israel and “flatten the place that is tied to the US’s national security.”

Hagel made the comments after the militants operating inside Syria and the foreign-backed Syrian opposition claimed on August 21 that 1,300 people had been killed in a government chemical attack on militant strongholds in Damascus suburbs of Ain Tarma, Zamalka and Jobar. However, the Syrian government categorically rejected the baseless claim, and announced later that the chemical attack had actually been carried out by the militants themselves as a false flag operation.

On August 26, Syrian President Bashar al-Assad reacted to the US threat, warning that defeat will await the United States if it launches a war on Syria. He described the recent allegations against the Syrian government as an “insult to common sense” and “nonsense.”

Sheikholeslam described the accusation that the chemical attack was carried out by the government forces in Syria as a Western-Arab plot against Damascus, saying the Syrian army’s major gains in its fight against the Takfiri militants “have confused the armed militants and placed them in a situation of decline.”

The Iranian official further pointed to the role of Russia in the Syrian issue and said Moscow will not repeat the same mistake it made regarding Libya in 2011.