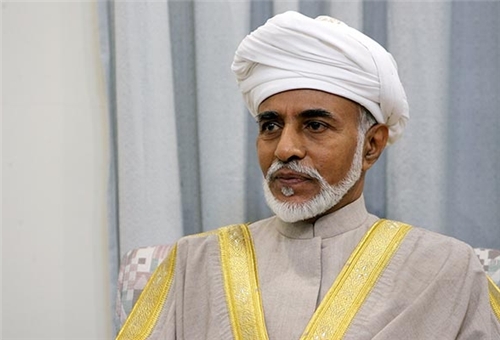 Sultan Qaboos, who is the first foreign leader visiting Iran since President Rouhani ascended to power, is heading a high-ranking political and economic delegation during his three-day visit to Iran.

The Omani king is due to hold talks with senior Iranian officials, including Supreme Leader of the Islamic Revolution Ayatollah Seyed Ali Khamenei, President Hassan Rouhani and Parliament Speaker Ali Larijani during his visit to the Islamic Republic.

Tehran and Masqat are also due to ink several Memoranda of Understanding (MoUs) during the Omani King’s visit to Iran.

Iranian officials have repeatedly underlined that they attach great importance to the consolidation of Tehran’s relations with the Middle-East countries in order to protect and promote peace and security in the region.

Earlier this year, former Iranian Foreign Minister Ali Akbar Salehi underlined the importance of close cooperation among the Persian Gulf countries in line with the protection and maintenance of peace, security and stability in the region.