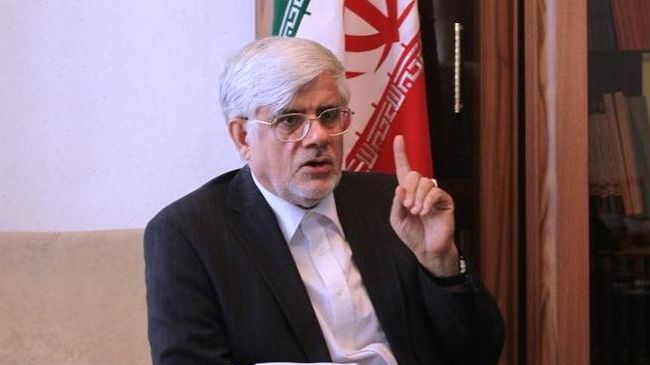 TEHRAN (Tasnim) – A member of Iran’s expediency council said Tehran is strongly against the possession of nuclear weapons, adding that the western countries hostility towards Iran’s nuclear program stems from their monopolistic approach to nuclear technology.

“Both Iran and the US know that the Islamic Republic of Iran does not seek nuclear weapons…But some (western states) believe that the (nuclear) technology should remain in the hands of certain countries,” Mohammad Reza Aref said on Saturday evening.

He also reiterated that “Iran’s belief, policy and strategy” has been the use of nuclear and other advanced technologies for peaceful purposes.

Some western countries think that the nuclear technologies must be in the hands of a few, and are not happy with Iran acquiring such technologies, added Aref.

In relevant remarks on August 6, Iranian President Hassan Rouhani made comments on his approach to the nuclear program, and reaffirmed Tehran’s determination to pursue a “win-win” solution to the issue.

“We are prepared to enter serious and meaningful negotiations with determination and without wasting time, and if the other party is equally ready, I am confident that the concerns of both sides will be allayed through dialogue,” the Iranian chief executive pointed out.

In a separate development on August 20, Iranian Foreign Ministry Spokesman Seyed Abbas Araqchi reiterated that political considerations have no role in the country’s nuclear activities, which are solely aimed at supplying the energy needs of the country.

“Our country’s peaceful nuclear activities are not affected by political issues and are merely carried out in order to secure energy resources,” he said at the time.