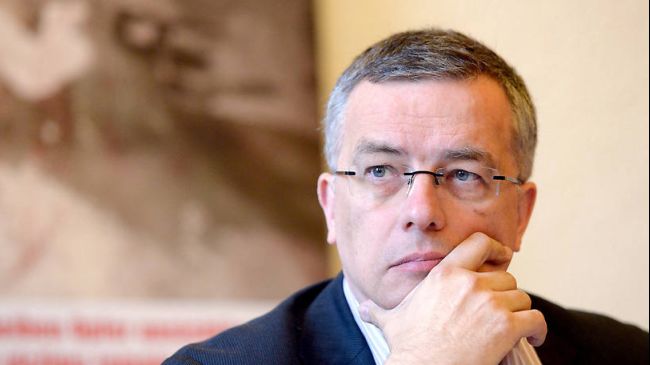 Germany’s top human rights official has strongly criticized British authorities’ crackdown on the daily Guardian over its revelations of US spying programs based on leaks by Edward Snowden.

Markus Loehning, the rights chief at the German Foreign Ministry, expressed on Wednesday “great concern” over media freedom in Britain after the daily’s editor Alan Rusbridger revealed that security services had forced the daily to destroy files leaked by Snowden or face a court battle.

“The actions of the security services against the Guardian as described by editor-in-chief, Alan Rusbridger, deeply shocked me,” said Loehning.

The rights chief also condemned the recent detention and interrogation at Heathrow Airport of David Miranda, the partner of the Guardian journalist, Glenn Greenwald, who published Snowden’s revelations.

Miranda was questioned for nine hours on August 18 at Heathrow Airport by six agents from Scotland Yard, while being held under the so-called Terrorist Act. The agents also confiscated all of Miranda’s electronic equipment, including his computer and a memory card.

“The way the authorities detained David Miranda at Heathrow airport I see as unacceptable,” said Loehning, adding, “That took place on the basis of an anti-terror law but I cannot see any connection to terrorism.”

This comes as the Brazilian government also expressed on August 19 “grave concern” over the detention of Miranda, who is a Brazilian citizen, saying there was no justification for detaining an “individual against whom there are no charges that can legitimize the use of that [anti-terror] legislation.”

Meanwhile, Snowden, who has been granted temporary asylum in Russia, faces “espionage” and “theft of government property” charges in the United States.