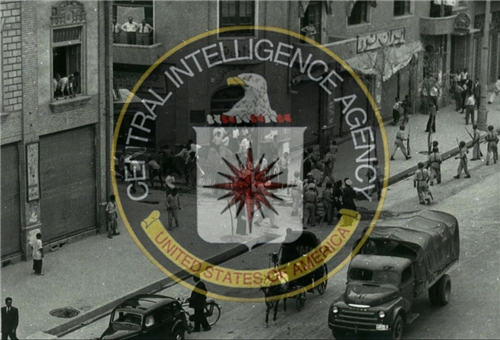 TEHRAN (FNA)- Iran on Tuesday called on the US Intelligence Agency (CIA) to release all its documents on the role it played in the 1953 Iran coup against the democratically-elected Iranian Prime Minister, Mohammad Mosaddeq.

On August 15, 1953, the British and US intelligence agencies initiated a coup by the Iranian military (known as 28 Mordad coup), setting off a chain of events including riots in the streets of Iran’s capital, Tehran, that led to the overthrow and arrest of Mosaddeq four days later.

Asked about the release of new documents which confirm Washington’s role in the 1953 coup d’état against Mosaddeq, Iranian Foreign Ministry Spokesman Seyed Abbas Araqchi told reporters today that “these documents are not related to the CIA and we expect the CIA to release its own documents in this regard”.

He said that the recently released documents have not provided Iran with any new pieces of information and didn’t decrease the Americans’ guilt with regard to the crimes they have committed against the Iranian nation.

The spokesman expressed the hope that Washington would review its policies against Iran and refrain from interfering in the country’s internal affairs.

The document, published on the US National Security Archive website, was initially released in 1981, but most of it was blacked out at the time, including an entire section on the coup.

Mosaddeq, convicted of treason, served three years in prison and died under house arrest in 1967.The Iranian premier played a key role in the country’s 1951 movement that resulted in the nationalization of Iran’s oil industry, which had been mainly controlled by the British-owned Anglo-Iranian Oil Company (AIOC), now known as BP.

When worldwide sanctions against Iran’s oil industry failed to force Mosaddeq to abandon the move, a plan was devised by Britain (codenamed ‘Operation Boot’) and the US (codenamed TPAJAX Project) to overthrow his government.

The coup saw the formation of an absolute US-backed monarchy under Iran’s last Shah, Mohammad Reza Pahlavi, who was overthrown by the 1979 Islamic Revolution.