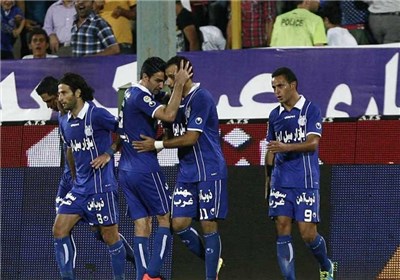 Meantime, Captain Farhad Majidi insists winning the AFC Champions League title with Iranian champions Esteqlal this season would complete his career and outweigh an appearance for Iran at the FIFA World Cup finals.

Majidi scored three goals as two-time Asian Clubs Championship winners Esteqlal reached the quarter-finals of the AFC Champions League for the first time, with Amir Ghalenoei’s side set to take on Thailand’s Buriram United over two legs in August and September in Iran and Thailand.

And after playing a key role as Al Ain of the United Arab Emirates won the inaugural AFC Champions League title in 2003 having lost the 1999 Asian Club Championship final with Esteqlal, 37-year-old Majidi has his sights set on leading the Tehran blues, Esteqla, to a third continental title this year.

“If we are able to win this year’s title with Esteqlal, for me personally, it’ll be more pleasing than playing with the Iranian national football team in the World Cup.

“Esteqlal are a very well-known club in Asia. We are very strong and we have had good results in the past editions, too. Buriram know they are up against a strong team, but for now we are fully concentrated on these two matches to seal a place in the final four.”

“The AFC Champions League has improved year-by-year and the teams which have won have been the elite and real giants of the continent. Asian football in general and the Korean teams in particular, have progressed a lot over the past couple of years.

“This year Esteqlal is representing Iranian football in Asia and I hope we can come out winners of the competition at the end of the day,” Majidi said.