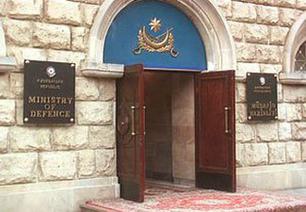 ‘Azerbaijani Naval Commander’s visit to Iran not cancelled but postponed’

The Azerbaijani Defence Ministry has clarified the Iranian media reports about the alleged cancellation of the visit of the Azerbaijani Navy commander to Iran.

The information about the cancellation of the planned visit of the Naval Commander, Vice Admiral Shahin Sultanov to Iran is inaccurate, Ministry spokesman Eldar Sabiroglu told 1news.az.

According to him, the visit was just moved to a different time.

“Negotiations are under way right now. The visit of the Commander of Azerbaijani Naval Forces to Iran will be held after the terms are defined,” he said.

Earlier, Iranian media reported that the visit of Shahin Sultanov to Iran was reportedly cancelled by the Azerbaijani Defence Ministry.