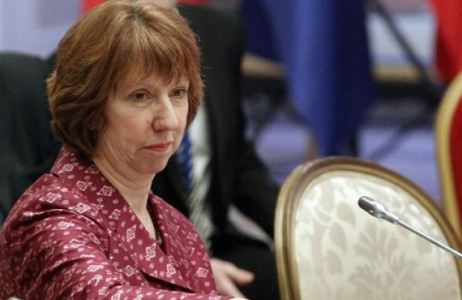 P5+1 ready for talks upon appointment of Iran team: Ashton

EU foreign policy chief Catherine Ashtonsays the P5+1 group of countries is ready to resume negotiations with Iran as soon as the administration of President Hassan Rouhani appoints its negotiating team.

Former head of Atomic Energy Organization of Iran (AEOI) Fereydoun Abbasi says the Islamic Republic has a total of 18,000 centrifuges, ten thousand of which are currently running.

The Iranian Parliament’s Human Rights Commission in a statement on Sunday condemned London’s role in masterminding the 1953 coup and the 2009 post-election unrests in Iran.

Iran plans to hold the 1st National Conference on HSE (Health, Safety and Environmental practices) in Upstream (oil and gas) Industries this autumn.

Iranian Navy Commander Rear Admiral Habibollah Sayyari stressed his forces’ capability to conduct exercises outside the country’s territorial waters, adding that the Navy plans to stage wargames in free waters in the second half of the current Iranian year (September, 2013-March, 2014).

Iran’s Islamic Human Rights Commission in a letter to the UN High Commissioner for Human Rights deplored the continued massacre of the Egyptian people by the country’s military, and called for the UN’s reaction to the crime.

Iran’s missile capabilities are currently the first in the Middle East and sixth in the world, a senior military official announced.