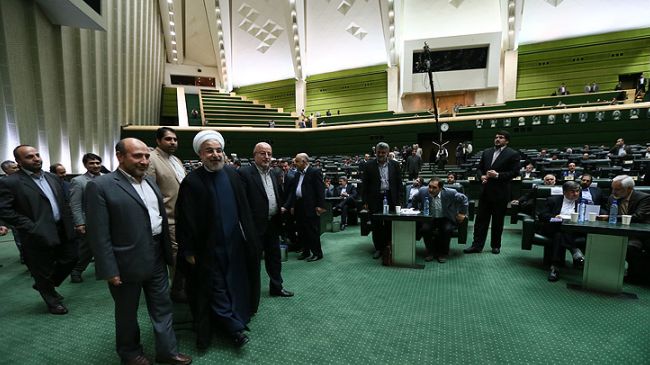 Iranian President Hassan Rouhani’s Cabinet will convene its first meeting on Sunday following Majlis’ endorsement of the majority of the proposed ministers, an advisor to the Iranian chief executive says.

“In the Cabinet’s first session, the 15 ministers who received votes of confidence from Majlis [out of the total of 18] as well as other cabinet officials will start practically dealing with the country’s issues,” said Mohammad-Reza Sadeq, a senior advisor to Rouhani, on Friday.

He also noted that the 15 ministers will begin work at their respective ministries on Saturday in line with the objectives and programs of Rouhani’s administration.

Rouhani is now giving careful consideration to the appointment of caretakers to the three ministries for which his nominees failed to win a vote of confidence at Majlis, Sadeq said.

On Thursday, Majlis wrapped up its debate for a vote of confidence on Rouhani’s Cabinet picks after four days of deliberations on the credentials of the ministerial nominees.

President Rouhani has now up to three months to name replacements for the three portfolios.