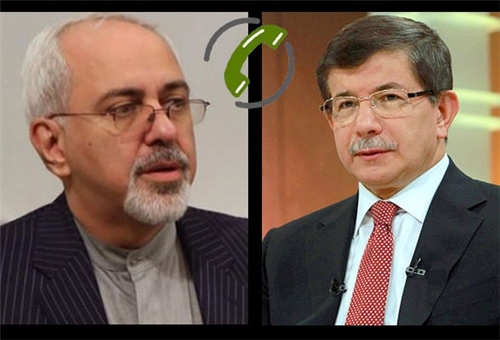 Davutoglu, who had called the Iranian counterpart to felicitate his success in wining the Iranian parliament’s vote of confidence, hailed the existing friendly relations between the two states and called for more interaction between Iranian and Turkish officials to expand bilateral relations.

Zarif, for his part, thanked the Turkish minister’s call and vowed to try his best to strengthen relations between the two Muslim nations, particularly on regional issues.

Iran and Turkey have increased their cooperation in various fields of economy, security, trade, education, energy and culture in recent years.