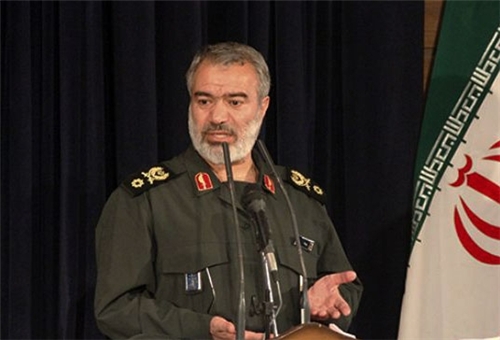 “The IRGC’s active and effective deterrence strategy is based on proportionate response to the type and volume of potential threats and continuing this strategy has created this belief in the enemy that any aggressive move will face a crushing response which will make it regret,” Fadavi said in Tehran on Saturday.

“By materialization of the IRGC Navy’s deterrence strategy, enemies even those on global scale are gravely afraid of military confrontation with us in the Persian Gulf region and the Strait of Hormuz,” he said.

The remarks by the Iranian commander came as the US and its close ally Israel have intensified their war rhetoric against Iran in recent years. The two arch foes of the Islamic Republic accuse Iran of seeking a nuclear weapon, while they have never presented any corroborative document to substantiate their allegations. Both Washington and Tel Aviv possess advanced weapons of mass destruction, including nuclear warheads.

Iran has warned that in case of an attack by either the US or Israel, it will target 32 American bases in the Middle East and close the strategic Strait of Hormuz.