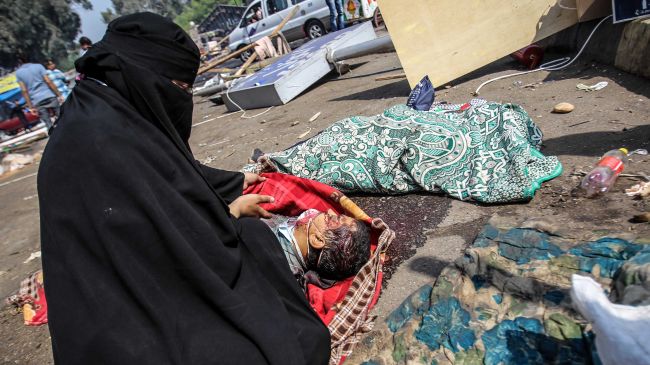 Egypt’s Health Ministry has raised the death toll from the recent fatal crackdown on the supporters of ousted President Mohamed Morsi to 525.

The Health Ministry also said on Thursday that nearly 3,600 people were injured in the clashes, which erupted when Egyptian security forces moved in to clear out thousands of supporters of the ousted president from two camps – one near the Rabaah al-Adawiya Mosque in Cairo’s Nasr City and a smaller one in Nahda Square in Giza.

The Egyptian Interior Ministry says 43 of the dead were policemen.