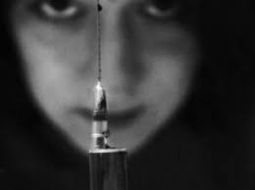 Drug addiction in Iran: The other religion

THE Islamic Republic has always had its addicts. Its long border with Afghanistan, the world’s biggest opium producer, and the Islamic stigma against drinking alcohol mean that opium and its derivatives are cheap, strong and readily available.

An official youth unemployment rate of 28% and inflation running at 42% a year, both aggravated by American and European economic sanctions, have helped to turn ever more Iranians to hard drugs. According to Iran’s own figures, 2m Iranians in a population of 75m are addicted, the world’s highest incidence.

Most experts put the real figure even higher. Crack (as Iranians call it), a cheap, highly addictive derivative of heroin unique to Iran, is rife in the poorer quarters of Iran’s big cities. Home-produced crystal meth, known as shishe, meaning glass, has also entered the market. It is favoured by many poor and disheartened young men and by many middle-class women trying to stay thin.

Last year a member of parliament called for action against beauty and hairdressing salons where meth is peddled to women, who are often unaware what they are buying. A report claimed that courses for teaching people to produce crystal meth at home could be bought for as little as 2-3m rials (then $70-100).

In this sectionWhy they count Looking south Boom boom What next? The other religion Reprints Davarze Ghar, a district south of Tehran’s sprawling main bazaar, is one of the capital’s most blighted. At its heart is a reservoir, encircled by a shabby park, where groups of men and women huddle together, smoking meth out of glass pipes or openly injecting crack-heroin. Health officials and social workers in the area complain that funds for outreach and rehabilitation programmes have—thanks to sanctions—been frozen.

Yet Iran has some of the world’s most go-ahead policies for addressing the problem, with methadone clinics, charities for tackling drug addiction and programmes for needle exchanges. At the same time, dealers are dealt with harshly. Hundreds of smugglers have been hanged and thousands of police officers killed in costly counter-narcotics operations in the past three decades.

If Iran’s new president, Hassan Rohani, can fulfil his promise to reduce youth unemployment and cure Iran of its economic malaise, he may prevent a generation of Iranians from becoming the most addled in the world.