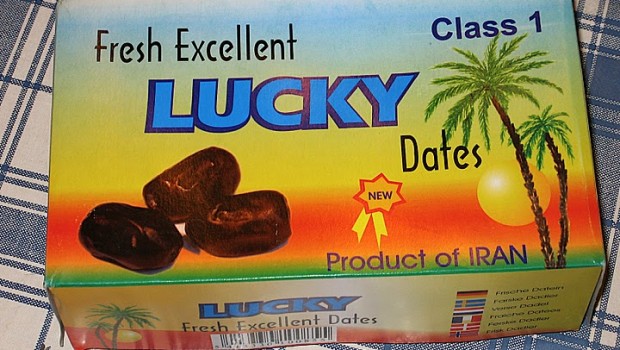 Iran today: “Raisins” to be cheerful as exports to UK increase

Non oil exports to the United Kingdom, Press TV notes, have risen by a staggering 78% in the first quarter of the Persian year!

What is Iran exporting to Britain? Raisins, dates, Persian rugs, saffron and ‘steel products’. (While Press TV does not offer any details of what the ‘steel products’ may be, Fars News has a clue, with this story lauding the increased European exports of the Tabriz Tool Factory, which include drilling machines.)

Although Press TV is excited about the increased trade — noting also that Iran imports goods from Britain, including corn fodder and medicines — the $78 million Iran earned from its U.K. exports last quarter are a drop in the financial ocean when compared to its lost oil revenues.

There is an important signal in Press TV’s story, however — the State news agency expresses a note of optimism that Tehran’s ties with London could now be revived and exports increased still more, under a Rouhani Presidency.

On August 4, British Prime Minister David Cameron wrote to Iranian President Hassan Rouhani on the occasion of his inauguration and called for improved ties with Iran.

In contrast, Fars News, which is close to the Revolutionary Guards, puts a different spin on its story about the Tabriz Tool Factory, saying that “the exports come amid tightening US-engineered sanctions against Iran, proving that the embargoes are ineffective.”