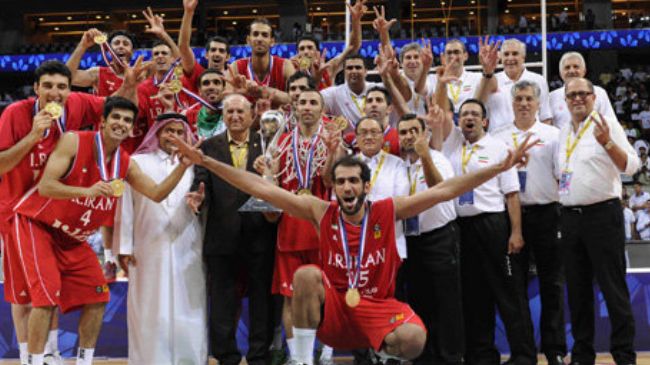 MANILA, Philippines – Iran coach Mehmed Becirovic is impressed with the talent level of Asia and believes it’s only a matter of time and they can compete against their European and American counterparts.

The former national coach of Slovenia shared that if top teams in Asia improve on their defense, they can hold their own against the best teams in the world.

“The level of basketball is maybe six or seven but they can improve especially on defense because they already have the size and shooters,” said Becirovic.

Individually, the Slovenian national singled out Gabe Norwood of Gilas Pilipinas as the player that has impressed him the most from the Philippine national team.

“I like (Gabe) Norwood of the Philippines. He is a very good player. He is athletic plays with a lot of

and has good defense. He is the type of player every coach wants,” said Becirovic.

“I also like the number seven (Tien Lei) of Taipei. He has size and shooting but still guys like (Hamed) Haddadi, (Nikkhah) Bahrami and Yi (Jianlian) are the best,” he added.

The 52-yead-old mentor led Iran to a gold-medal finish in the just concluded 27th FIBA Asia championship at the expense of host nation Philippines via an 85-71 victory at the MOA Arena in Pasay city Sunday.

He said defense spelled the difference in their successful campaign.

“This was a very good tournament and  I think we dominated the tournament because we played great basketball especially on defense,” said Becirovic, whose team swept all their nine assignments in the 11 day-joust.