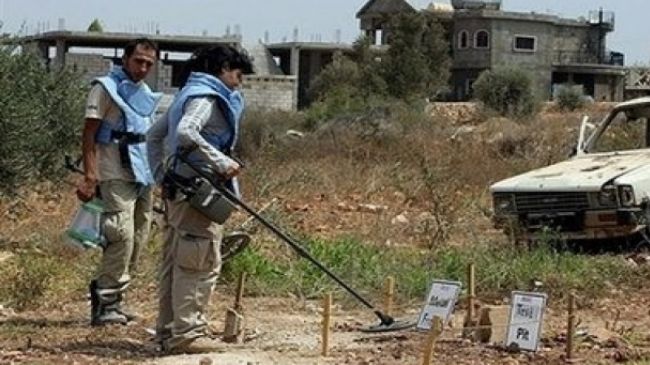 Explosion of an Israeli cluster bomb has killed an 18-year-old boy in Lebanon’s southern town of Hasbaya, a report says.

The Daily Star said that the incident took place in Hallat Village on Sunday, when Hisham Abdel-Al stepped on the cluster bomb, which had been left in the region since the Israeli war on Lebanon in 2006.

According to a report by the United Nations, the Israeli regime dropped some four million cluster bombs in Lebanon during the July-August 2006 war.

Hundreds of Lebanese people have been wounded in cluster-bomb related incidents since 2000, when the Israeli military withdrew from south of Lebanon.

The Lebanese army, along with international organizations, has been working since 2006 to remove the deadly ordnance from the south.