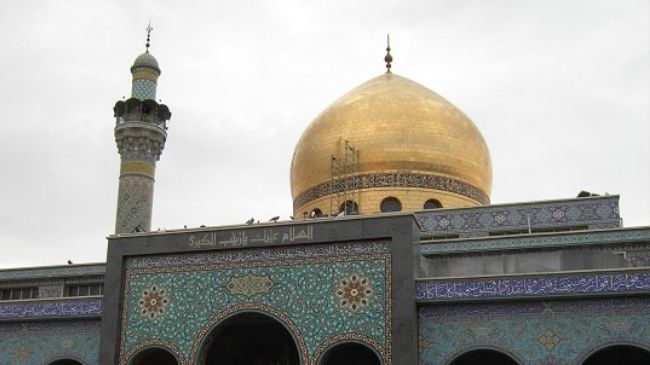 Reports say nearly 20 other people were injured in the mortar attack on Thursday.

The holy shrine is located in the southern suburbs of Damascus.

The site also came under a terrorist attack on July 19. Takfiris fired several mortar shells at the shrine, killing a custodian.

The attack comes as the Syrian people are celebrating Eid al-Fitr, which marks the end of the holy month of Ramadan.

Turmoil has gripped Syria for more than two years now.

According to reports, Western powers and their regional allies – especially Qatar, Saudi Arabia, and Turkey – are supporting the militants operating inside Syria.

The United Nations says more than 100,000 people have been killed and a total of 7.8 million displaced due to the foreign-backed militancy in Syria.

Over 1.8 million of the displaced Syrians are living in neighboring countries, mainly in Iraq, Jordan and Lebanon.