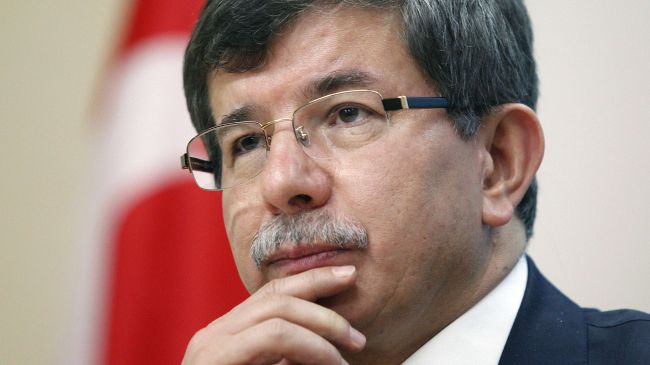 Turkish Foreign Minister Ahmet Davutoglu has expressed Ankara’s readiness to engage in “transparent and friendly” negotiations with the new Iranian administration over issues of mutual interest.

Ankara is prepared for transparent and friendly dialog with the new administration in Tehran, with the Syrian issue being high on the agenda, Davutoglu said in an interview with Turkish daily Radikal, IRNA reported on Monday.

Describing the relations between Turkey and Iran as the oldest and most deep-rooted ties in the region, the Turkish foreign minister further added that, despite some differences, the two countries can engage in talks over regional issues, including the crisis in Syria.

Unrest has gripped Syria for over two years and many people, including large numbers of Syrian soldiers and security personnel, have lost their lives in the foreign-sponsored militancy.

Davutoglu said he believed that grounds for new dialog between Iran and Turkey will be set with Iran’s President Hassan Rohani having taken office.

Asserting that the region is now in need of peace and stability, Davutoglu stressed that Iran’s position “is very important” in realizing the objective.

In a meeting with Davutoglu in Tehran on Monday, President Rohani stated that the improvement of ties between Iran and Turkey at various levels would play a significant role in establishing regional peace and stability.