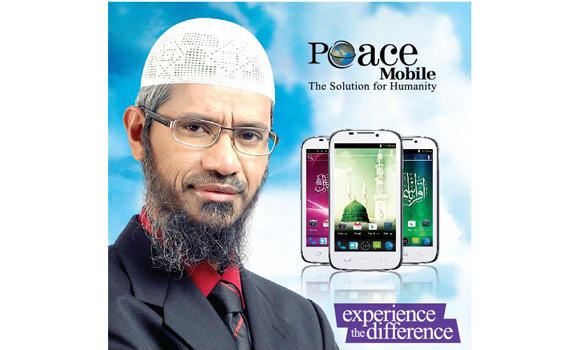 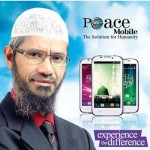 The soon-to-be-launched “Peace Mobile,” an Islamic smartphone, is a useful media gadget that reconciles Qur’an with modern science.

The smartphone was invented by Dr. Zakir Naik, an internationally renowned public speaker on Islam and comparative religion, and is ready to be launched internationally in the last week of Ramadan.

Demand for the Islamic handset is scaling among Muslims in Saudi Arabia. Thousands of people have already ordered the gadget online, while hundreds are talking about it on various media platforms.

A breakthrough technological initiative by Naik, founder and president of the IRF (Islamic Research Foundation), the phone will facilitate the implementation of Islamic ethos in daily life. Peace Mobile is completely customized with authentic Islamic apps and software and helps practicing Muslims stay connected with the Islamic world.

Naik was in Riyadh recently speaking at a Ramadan forum organized by the IICC (India Islamic Cultural Center), where he urged knowledge and unity.

The Islamic scholar has always stressed the need for both religious education and modern education, considering both as essential.

The Islamic Research Foundation (IRF) is a nonprofit organization that owns the Peace TV channel, a major Islamic satellite television network that recently exceeded a record global viewership of 200 million.

Featuring over 80 hours of Naik’s videos, 50 Islamic applications, hundreds of Islamic wallpaper and 200 Islamic ringtones, the phone contains numerous books on Islam and comparative religion written by Naik, apart from other Islamic programs. Okasha Mujahid, international business manager at Darussalam, a Riyadh-based Islamic publishing house, welcomed the smartphone and said, “Darussalam has earnestly worked to spread the word of Islam through its publications. Peace Mobile can help become an extension for this.”

“People will be able to experience the difference, as communicating through technology will make life easy and convenient par excellence while fostering an intimate relationship with the Creator,” read an official statement by the IRF.

The IRF has officially announced that the dispatch of the mobile phones will start by the last week of Ramadan. The handsets will be available worldwide from UAE through online purchase and delivery will be completed via DHL or FedEx. The handset is priced at $240, equivalent to SR901 and AED882.