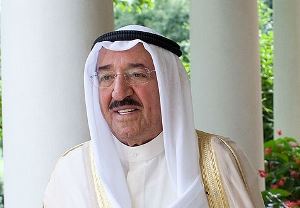 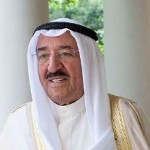 TEHRAN, Aug 4 (KUNA) — Representative of His Highness the Amir of Kuwait Sheikh Sabah Al-Ahmad Al-Jaber Al-Sabah, Deputy Prime Minister and Foreign Minister Sheikh Sabah Al-Khalid Al-Sabah, delivered on Sunday a letter from His Highness the Amir to the President of Islamic Republic of Iran, Dr. Hassan Rohani, dealing with bilateral relations between the two countries and ways of enhancing them in all fields.

This came during a reception held by the Iranian President to Sheikh Sabah Al-Khalid in the Office of the Presidency of the Islamic Republic in the capital Tehran.

Sheikh Sabah Al-Khalid during the meeting expressed HH the Amir’s congratulations to President Rohani on assumption of the presidency in the Islamic Republic of Iran, wishing him the best and more prosperity for the Iranian people.

The meeting also discussed many issues and topics of common interest between the two countries in addition to reviewing existing political situation in the region.