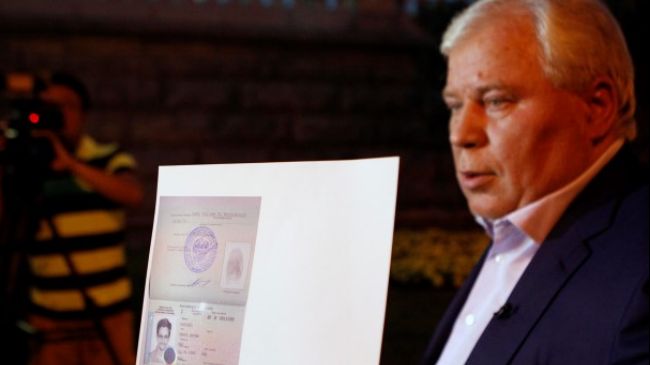 The lawyer of American whistleblower Edward Snowden has rejected as “cynical” the US official claims of filing “lawfully” grounded requests for Snowden’s extradition from Russia.

White House Press Secretary Jay Carney said on Thursday that Washington is “extremely disappointed” with the Russian government for granting temporary asylum to Snowden “despite our very clear and lawful requests in public and in private to have Mr. Snowden expelled.”

“I believe this is a very cynical statement,” Anatoly Kucherena said on Saturday. “Since I became [Snowden’s] legal representative, we’ve been asking –both through the [US] embassy and I, personally, through the media — ‘please, make a clear reference to a provision of law that would allow us to turn him over to you.’ Thus far we did not receive any response.”

Kucherena further said that the only official letter from US Attorney General Eric Holder, which details Washington’s stance on Snowden and clarifies some point of US law did not contain any request to extradite him.

“If there was any legal basis, they would immediately send such a request,” Kucherena said.

Meanwhile, Republican Senators John McCain and Lindsey Graham in a joint statement on Thursday described Kremlin’s measure to grant asylum to the American whistleblower as “a disgrace and a deliberate effort to embarrass the United States. It is a slap in the face of all Americans.”

“[Russia] is not a colony of the US, and we cannot be told ‘Give him to us!’” Kucherena added.

Russia is “fulfilling its humanitarian mission,” and threats of sanctions against Moscow if the country does not extradite the whistleblower are groundless, Kucherena said.

On July 25, the Senate Appropriations Committee unanimously approved a State Department funding bill with a provision, authored by Republican Senator Lindsey Graham, to press Russia over Snowden’s case, threatening Moscow with possible trade sanctions if it granted asylum to Snowden.

According to Kucherena, Snowden left Moscow Sheremetyevo airport and officially entered Russia after authorities granted him a 12-month residence permit. The former intelligence contractor had been at the airport for more than a month since he arrived there from Hong Kong on June 23.

The Russian lawyer further said that the American intelligence leaker was in a “safe place” keeping a low profile for now due to “security reasons,” but would soon be ready to “meet with media representatives to answer all possible questions in person.”

“Edward can buy a train or airplane ticket, but he cannot cross the border because he does not have an international passport,” said the lawyer, adding that that the former CIA contractor has “no intention to travel abroad as of now.”

Snowden leaked two top secret US government spying programs, under which the US National Security Agency (NSA) and the Federal Bureau of Investigation (FBI) are eavesdropping on millions of American and European phone records and the Internet data from major Internet companies such as Facebook, Yahoo, Google, Apple, and Microsoft.