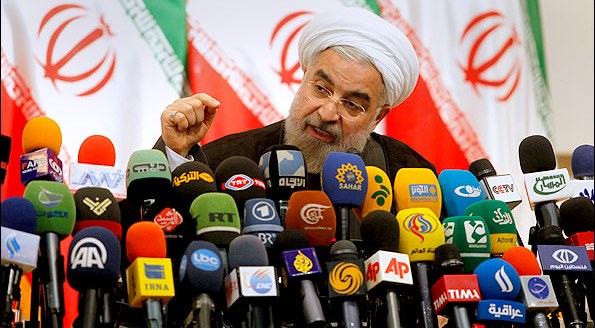 The inauguration of the Seventh President of the Islamic Republic of Iran, Hassan Rouhani, over the weekend has an unusual international flavour. Rouhani formally takes charge on Saturday after Ayatoallah Khamenei, the real wielder of power in Iran, endorses him.

Tehran has broken the convention this year by inviting world leaders to join the formal inauguration on Sunday. The decision apparently reflects Rouhani’s determination to end Iran’s growing isolation on the world stage.

The abrasive diplomatic style of Mahmoud Ahmadinejad, the outgoing president, had alienated many in the world. Rouhani, in contrast, wants to win new friends and consolidate old partnerships.

Scores of foreign leaders, including India’s Vice President Hamid Ansari, are joining Rouhani on Sunday. The list of countries participating, and the level of their representation, provides an interesting overview of Iran’s foreign policy today.

First are the two countries that have not been invited–Israel and the United States. No surprises there. Hostility to Israel has been at the heart of the Islamic Republic’s worldview.

Rouhani has no incentive to signal any big change there; nor is Israel’s hard line prime minister Binyamin Netanyahu giving the new leader much space. A pragmatic Rouhani, however, does not want to be needlessly provocative on Israel. While hopes have risen for a productive engagement with the U.S. under Rouhani, there are enough spoilers on both sides to wreck any potential accommodation.

The EU which plays a major role in shaping the international engagement with Iran on the nuclear issue is not sending anyone to Tehran. Brussels is waiting to see whether Rouhani can actually deliver on a nuclear compromise. As a gesture of goodwill, the EU has dispatched its former chief of foreign affairs, Javier Solana, to Tehran.

China and Russia which have become critical to Iran’s strategy of resisting Western pressures, are sending important but not too high profile leaders to Tehran. China will be represented by its culture minister and Russia by the speaker of the Duma. Vladimir Putin, however, is expected to show up within weeks in Tehran.

Under Ahmadinejad, Iran’s relations with the Arab world has become complex. It has expanded its influence in Iraq and emerged as a strong ally of the Assad regime fighting for survival in Syria. In the process it has lost much goodwill in the rest of the Middle East, especially in Saudi Arabia, Egypt and Turkey. The Gulf Arabs will send low key envoys to Tehran this weekend, while Baghdad and Damascus are expected to be there at a higher level.

In the Subcontinent where there is much good will for Iran, there will be high level representation. The Presidents of Afghanistan and Pakistan–two of Iran’s important eastern neighbours–Hamid Karzai and Asif Ali Zardari, will be present.

Central Asia, Africa, and Latin America, regions where Iran has stepped up its diplomacy in recent years, are likely to be present in an impressive capacity at Rouhani’s launch.

By The Indian Express