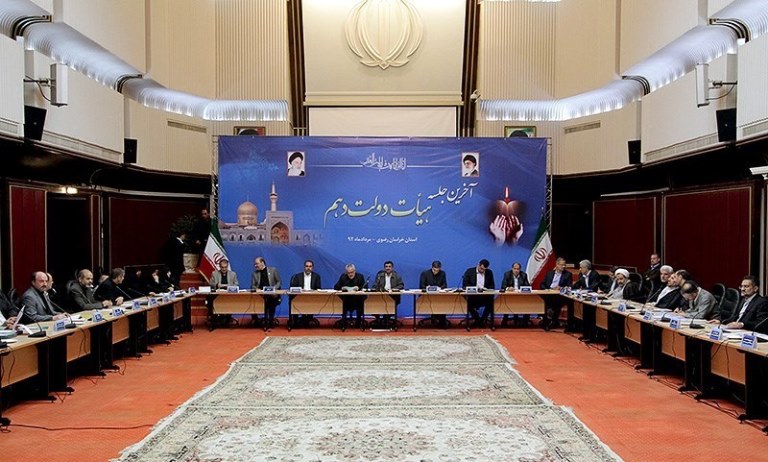 The meeting was held in the city of Mashhad in the northeastern Khorasan Razavi Province on Wednesday.

Iran’s First Vice-President Mohammad-Reza Rahimi, the Iranian ministers and presidential advisors were also in attendance of the meeting, which was chaired by Ahmadinejad.

They thanked Ahmadinejad for his services and presented him with a plaque of honor as well as a copy of the holy Qur’an.

On July 25, Ahmadinejad told reporters that he will continue serving Iran after he leaves office. He said he would continue to help out wherever it was necessary.

Fars News Agency reported on July 30 that Ahmadinejad has been given permission by Iran’s Supreme Cultural Revolution Council to open an “international university” in Tehran.

Ahmadinejad has a doctorate in transportation engineering from Iran’s University of Science and Technology.