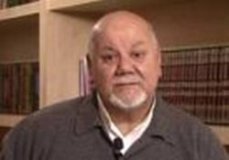 Iran believes in Islamic principles and will not attack any country

(Ahlul Bayt News Agency) –  Head of the Anti-Zionist Party of France said the Islamic Republic of Iran follows the Divine principles of Islam and will not attack any country unless it is attacked.

Yahya Ghavasemi made the remark in an interview with the French website PASL.info, adding that while he would like it (Iran’s attack on Israel) to happen, based on Islamic principles, Iran will not attack any country unless it is invaded.

He also said that even the idea of Israel being capable of invading Iran seems crazy.

“The Zionist regime seeks to wage a war to gain honor and the question is whether it will attack Iran or Syria. I think Syria will be the Zionist’ regime’s first target.”

Ghavasemi said the Zionist regime plans to launch a rocket attack against one of the regime’s cities and attribute it to Syria as a pretext for invading Syria.

He underlined that the Zionist regime does nothing without the approval of the US, West and NATO.

Turning to the situation in Syria, he said the current conditions are in favor of the government forces. “The army is making headway and clearing different cities from terrorist elements. Meanwhile, foreign media have remained silent and trying to make the Syrian army’s advances look insignificant.”

He went on to say that a Satanic plot has been hatched by the United States and NATO to deviate the pro-Islamic uprisings in the Middle East.