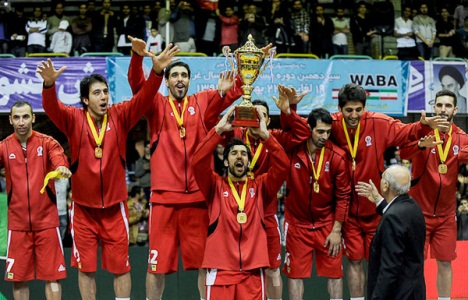 Iran basketball team left Tehran on Sunday to participate in the competitions which will be held in Manila, Philippines from August 1-11.

“We are going to win the title but five or six other teams want to do that. Teams such as South Korea and the Philippines as well as China are dangerous,” Iran’s Slovenian coach Memi Becirovic said before leaving here.

“I believe in my team and without a doubt I am coach of the best Asian team in the competitions. We have won Williams Jones Cup last month and it shows we are on the right track,” he was quoted as saying.

The Iranian team has been drawn with giant China, South Korea and Malaysia in Group C of the championship. It will face Malaysia on August 1 in Pasay’s Mall of Asia Arena and will play S. Korea and China in the following days, according to the report.

The 2013 FIBA Asia Championship also serves as the qualifying tournament for the 2014 FIBA World Cup in Spain.