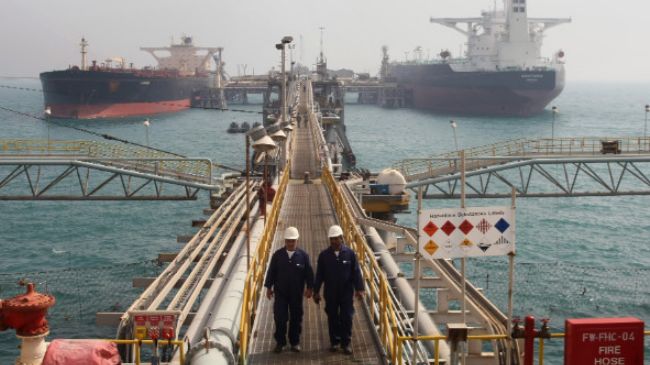 The Iranian Oil Ministry says Tehran and Baghdad have agreed to explore and develop oil and gas fields lying along the common border between the neighboring OPEC members, Press TV reports.

The ministry added that the two sides have agreed to work together to settle territorial and ownership differences.

Under the agreement, the two countries will establish joint ventures to carry out the exploration and development of joint oil and gas fields.

The energy cooperation is also expected to minimize the impacts of interferences made by international oil giants in regional affairs.

Ahmadinejad arrived in Iraq on Thursday at the head of a high-ranking delegation for an official two-day tour aimed at strengthening bilateral relations between the two neighboring countries.

Ahmadinejad also paid a visit to the holy shrine cities of Karbala and Najaf.

The two-term Iranian president will leave office on August 3 to be succeeded by Hassan Rohani, who won an outright victory in the country’s presidential elections of July 14.