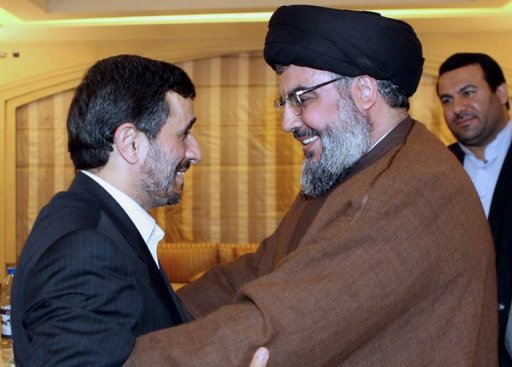 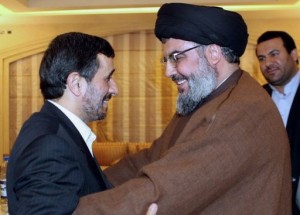 Iran’s high-ranking officials have praised the victory of the Lebanese Hezbollah resistance movement over the Israeli regime during the 33-day war in 2006.

The messages were submitted to the Hezbollah leader by Iran’s Ambassador to Beirut Ghazanfar Roknabadi on the seventh anniversary of the resistance movement’s victory in the 2006 war against Tel Aviv.

Ahmadinejad said the victory was achieved thanks to God’s blessings, the wise leadership of the Hezbollah leader, the power of the movement’s fighters, as well as resistance of the Lebanese people.

“The 33-day war is undoubtedly the Lebanese resistance’s greatest ever victory in which resistance fighters managed to shatter the illusory grandeur of the occupying regime [of Israel],” Ahmadinejad said.

He added that the outcome of that imposed war was dignity and honor for all justice-seekers across the globe, and disgrace for the global arrogance and its stooges.

In his message, Larijani said the 2006 victory was a cause of pride and glory for all Muslims and free nations of the world, adding that Hezbollah’s fight against aggressions of the racist and fabricated Zionist regime will herald the final collapse of Israel.

Salehi, in his message, also described the triumph as a source of dignity and a turning point in the history of the struggles against the usurping regime of Israel, noting that it will be a prelude to other victories of the resistance in the future.

Seyyed Hassan Nasrallah, for his part, appreciated the messages and said Iran played a significant role in the victory. He also praised the Islamic Republic’s unbridled support for the Lebanese resistance.

Israel unleashed the all-out offensive on Lebanon seven years ago under the pretext of releasing Israeli soldiers allegedly captured by Hezbollah in southern Lebanon.

The invasion claimed the lives of nearly 1,200 Lebanese people, most of them civilians.