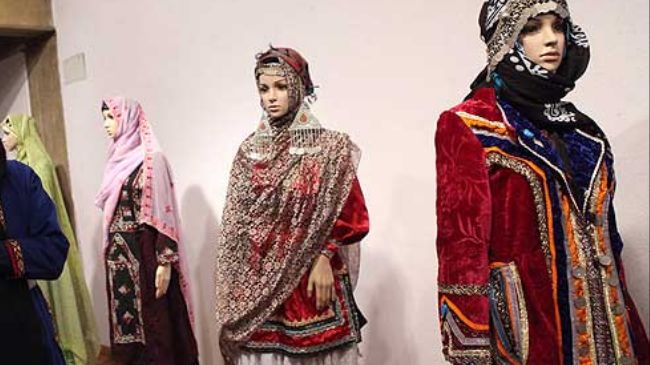 Some 50 clothing items featuring Islamic-Iranian fashions have been showcased on the sidelines of the 21st Tehran’s International Holy Qur’an Exhibition.

The displayed items adhere to the dress codes set out for practicing Muslim women, particularly Iranian women by offering various designs based on traditional Iranian costumes.

Furthermore, over 80 theater performances with religious theme are programmed to be staged during this year’s international Qur’an exhibition.

The event is also to host street theater performances including storytelling programs narrating the stories about the prophets.

Many memorizers, researchers and those ones who had made efforts for Qur’an were honored during the opening gala of this year’s event.

Including over 40 sections, the event is hosting numerous exquisite Qur’anic works from 30 countries that have been presented by the individuals or offered by the organizations from the applicant countries.

Some 50 Qur’anic products have been unveiled at the year’s exhibition focusing on the theme of ‘Qur’anic lifestyle’.

Different topics including ‘Qur’an and economy’, ‘Qur’an and sociology’ and ‘Qur’an and human sciences’ have been programmed to be discussed in several sessions during the exhibition.

The visitors are also to enjoy the event’s various sections such as children, young adults, family, recitations and memorizations, research, education and translation.

Iran’s international Qur’an exhibition which is annually held during the blessed month of Ramadan, aims at stimulating development and promotion in concepts of the holy Qur’an.