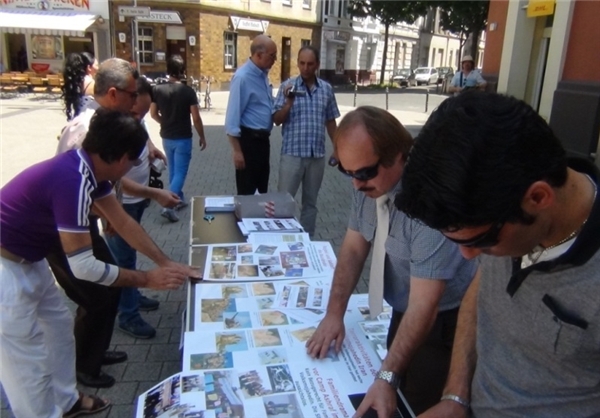 TEHRAN, July. 10 (MNA) – Former Mojahedin –e-Khalq [MEK] terrorist cult protested in Germany and France, slamming the leader of the group for her deceptive actions aimed at winning Europeans and Americans’ support in order to attain her wicked goals.

Former terrorist MEK members have staged two protests against Maryam Rajavi in Paris and Cologne over the past two weeks.

An ex-MEK member commented on the rallies and said: “These rallies are held to defy different ways of deception, bribery and exaggeration used by the head [of MEK] to attract Iranians as well as non-Iranians in Europe and the U.S. and to win their support. She wants to get everyone support MEK’s stances and demands, on top of which is to let the members remain in Iraq and get them back from Camp Liberty in Baghdad to Camp Ashraf in Diali, Iraq.”

He added: “During the rallies, information on the crimes of the MEK’s head has been provided for the French and German citizens as well as outstanding media of the two countries.”

The former MEK member further said: “Among participants and organizers of the rallies are some former members of the cult who believe Maryam Rajavi’s insistence on members’ families to remain in Iraq is aimed at making them fall victims of the separation.”