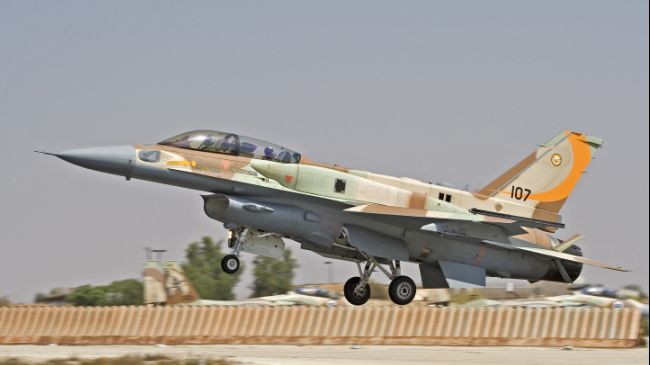 F-16 loss, a humiliation for Israel

Israel announced on July 8 that one of their F-16s suffered a mechanical failure off the coast of Gaza. A military spokesman for the Israeli Air Force (IAF) said both pilots were recovered. The plane is said to have crashed into the Mediterranean Sea.

Almost no part of this story is true. It makes as much sense as the story of the American Navy putting 22 Navy Seals on a National Guard helicopter. Nobody bought that one.

Israel did lose an F-16. They are unable to hide the fact that one of their first line aircraft is no longer in “inventory.”

Did Israel, as multiple reports now indicate, and perhaps even confirm, really lose an F-16 and its crew of two to a Syrian S-300 missile 48 hours before the claimed incident and over 400 miles from the claimed location?

On May 4, 2013, the Syrian Navy sunk an Israeli Dolphin submarine. Israel, unwilling to accept the public humiliation of such a loss: a disaster of such a proportion to its citizens has been repainting hull numbers and shuffling crew rosters on its remaining submarines for two months.

Lost aircraft, or something like a Dolphin submarine, especially during an offensive operation, are routinely never disclosed to the public for a variety of reason. Informed sources have disclosed that the F-16 training accident reported off the coast of Gaza was cover for their plane lost in the Syrian warehouse attack which is claimed was targeted as an S-300 component part base.

This ‘attack’ sounded fishy to us right away, starting with it being reported by Global Research which is an organization rumored to have “complex allegiances.”

First, these missiles systems are roll on roll off mobile launching systems designed to be deployed rapidly. Upon arrival they can be ready to fire within…well…you wouldn’t believe it.

Second, S-300 components or inventory missiles would never be stored in an exposed warehouse facility where they would be sitting ducks. Each missile battalion moves continually and keeps its inventory moving with it.

Historically, the most effective way of destroying S-300 missiles is by crashing aircraft into them or, perhaps, the other way around.

Third, highly trained pilots, and Israel has them, are trained to defeat air defense systems. That said, the Israelis could possibly initiate and attack flying in at 50 feet. Our sources tell us the explosion in the photo shown by Global Research fit that of a 2000lb iron bomb, the standard payload for an F-16B. But while getting in is one thing, getting out alive is something entirely different.

For the Israelis not losing pilots has been a major morale booster for their people for decades now. During the 1973 war, Soviet SAMS over Syria destroyed much of the Israeli Air Force. American planes were quickly repainted with the Israeli Star of David with American pilots thrown into the breach, something long left out of that story even after all of this time.

This was the real reason for the oil embargo against the United States that put the American economy into a free fall that we have yet to recover from.

The Israelis have their nuclear weapons to threaten a Sampson option response, but that would be the end of the Zionist experiment, and unfortunately a lot of Holy Land architecture. But for the Zionists to confront Russia, or any major power they have not already neutralized is something they know they can’t do. They have to count on the US to act as their attack dog.

We would never have known that there was an attack had Israel chosen not to gloat by leaking their “triumph” through the blogosphere. The loss of a single aircraft would not be an embarrassment were it not for two minor issues.

Nothing debunks the success of a mission to destroy air defenses more than losing a plane to those defenses. High level sources in the Department of Defense indicate that Israel has long bragged of their ability to use “homegrown” ECM (Electronic Counter Measures) to defeat S-300.

When Israel next calls the Pentagon, yarmulke in hand, egg on their face, their tone will be more restrained.

Need we discuss the 2% success rate of the Iron Dome?

The loss of a single aircraft is relatively easy to sweep under the rug, but a major engagement would see the planes raining down like they did in 1973, though a complete media lock down kept that information from becoming common knowledge.

One of the reasons America has been so aggressive in forward basing is to get their missiles in strategic positions to be used for effective offense or defense in the region.

As the new Russian missile defense technology which will make conventional piloted planes deathtraps is fully deployed, the West’s abilities to take land by force without significant consequences will be history.

All planned attacks have contingency plans of cover and deception built into them to hide the failed missions from their own citizens. They do this through the liberal use of national security classifications that hide the truth from the American people.

This has been an ongoing threat to American national security for some time as mistakes never acknowledged can never be fixed. The designation of operations as classified or top secret can also be used to cover up those that serve the interests of foreign governments while undermining American interests.

The real cause of death, if these pilots did die, is hubris. Syria will never admit the attack. Syria can’t even claim the “kill.”

They fear Israeli desperation, and well they should.