Georgia in pursuit of advantages from West: Iran lawmaker 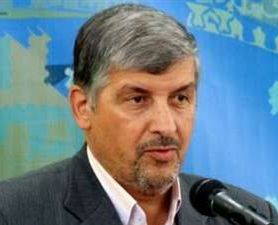 An Iranian lawmaker has slammed Georgia’s recent measure to unilaterally revoke a visa-free travel regime with Iran as an attempt to gain advantages from the US and its Western allies.

“The Georgian government curries favor with its Western and American masters in an attempt to gain some advantages from them in return,” said Mansour Haqiqatpour, a member of Iran’s Majlis National Security and Foreign Policy Committee, on Sunday.

“Such behavior has few precedents in the history of Iran-Georgia ties and will negatively affect Tehran-Tbilisi relations,” he added.

Last week, Georgia’s Foreign Ministry spokesman Irakli Vekua announced that the country has reinstated visa requirements for the Iranians, saying, “As of July 1, Iranian citizens have to obtain a visa to enter the Georgian territory.”

Vekua declined to provide further information on Tbilisi’s new decision; however, media reports say the Georgian government has adopted the measure over speculations that Tehran might be using its booming business ties with the small ex-Soviet state to circumvent the West’s embargoes.

Iran and Georgia had signed an agreement for visa-free travel between the two countries in 2010, in a move to enhance bilateral ties in trade and tourism.

Haqiqatpour argued that Tbilisi’s new measure against Tehran indicates that Georgia is not a sovereign state and is under US sway.

Many in Georgia believe that the decision to halt visa-free entries by Iranian nationals is made under pressure from the United States.

Some experts also contend that this may be an attempt by the new Georgian government to regain American support, which, they say has weakened after the administration of US President Barack Obama came to power.