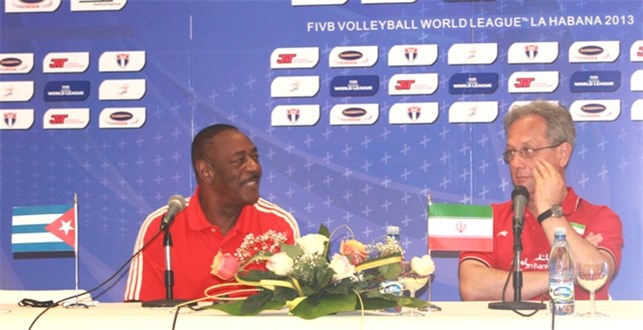 The victory was Iranian volleyball team’s third in the 2013 FIVB World League.

“My men fought throughout the match, from the first point to the last, without losing spirit even when the opponent kept on scoring points,” Iran’s Coach Julio Velasco said.

Iran and Cuba will face each other again tomorrow.

Iran now have 9 points, standing fifth in Group B.