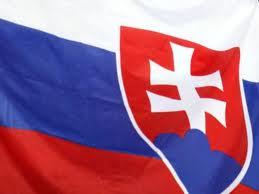 The Slovak consul in Tehran was allowed to visit the detainees once since Iran announced the arrests on May 22, according to Lajcak.

Isfahan in central Iran, some 330 kilometres (200 miles) south of Tehran, houses many nuclear installations including the Natanz uranium enrichment facility.

Slovak media have reported the detainees are paragliders who got into trouble on vacation for using two-band walkie talkies reportedly prohibited in Iran, as well as GoPro-type extreme sports cameras.

On Monday, senior Iranian prosecutor Gholam Hossein Mohseni Ejeie claimed the detainees had smuggled in unspecified “equipment” that he said had been “divided into parts,” without elaborating.

Robert Kaucarik who heads Slovakia’s Amateur paragliding club, told AFP Wednesday compact extreme sports cameras “are so mainstream in Slovakia people don’t even realise they can get in trouble for using them.”

The paraglidingearth.com website recommends 78 sites for the extreme sport in Iran, mostly along its mountainous northern and southern borders.

“You can’t always control where exactly you’re going to land,” Kaucarik added, explaining that paragliders are at the mercy of wind speed and direction.

Another Slovak citizen was arrested in Iran last year on allegations of spying for the US Central Intelligence Agency and was later paraded on state television.

The 26-year-old, who used to work as a headhunter in Iran’s telecommunications sector, was released after spending 40 days in solitary confinement.

State television said he was accused of contacting Iranian scientists to seek information on “the country’s scientific progress”.

Iran is at loggerheads with world powers over its nuclear ambitions, which it insists are civilian and peaceful.

arresting of seven Slovaks for violation of law in Iran, Miroslav Lajcak, Quoted, Slovakian nationals espionage in Iran July 4, 2013
US orders diplomats to leave Egypt after military coup
US refuses to stop Guantanamo force-feeding in Ramadan