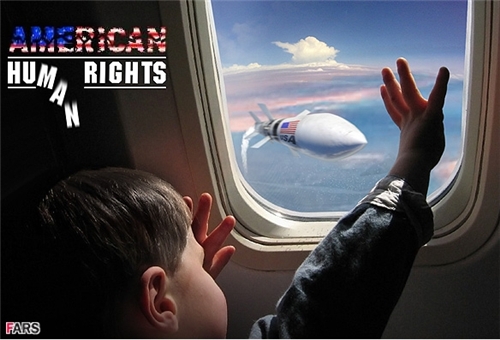 TEHRAN, Iran (AP) — Iranians marked on Monday the anniversary of the downing of an airliner by a U.S. warship in the Persian Gulf more than two decades ago.

State TV showed officials joining relatives of the 290 dead in scattering flowers from a ship and a helicopter into the waters where the Iran Air Airbus A300 crashed on July 3, 1988, killing all on board.

Participants chanted, “Down with the U.S.”

The two countries have a long record of discord. The latest dispute is over Iran’s nuclear program that the West suspects is aimed at developing weapons. Iran denies the charge, saying its nuclear activities are for peaceful purposes like power generation and cancer treatment.

Iran has held similar ceremonies on past anniversaries of the airliner’s downing by the USS Vincennes.

Iran insists the attack on the airliner was unprovoked and called for the warship’s commander, William C. Rogers III, to be put on trial.

Rogers said he believed he was threatened with attack when he fired the missile at Flight 655 after warning the pilot. A U.S. Navy inquiry gave credence to the claim but added evidence to show that it was a mistake in judgment and identification by the American crew.

In 1990, then-U.S. President George H. W. Bush awarded Rogers the Legion of Merit for his service as a commanding officer.

In 1999, Iran said that it had received $130 million from a 1996 settlement that included compensation for families of the victims.