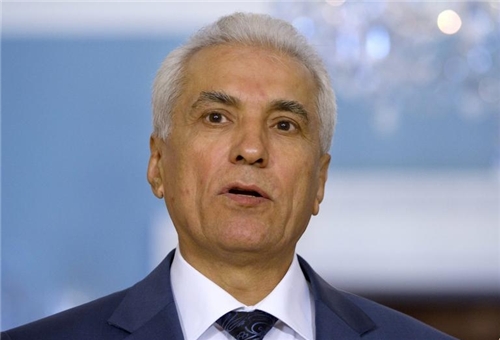 “The recent election in Iran was transparent and free,” Zarifi said in a joint press conference with his Iranian counterpart Ali Akbar Salehi in Tehran on Wednesday.

He felicitated Iran’s president-elect and the Iranian nation for successful voting, and said, “The election in Iran is a role model for other countries.”

Zarifi underlined the brotherly relations between Tehran and Dushanbe, and called for increasing cooperation between the two countries.

Iranian President Mahmoud Ahmadinejad and his Tajik counterpart Emomali Rahmon, in a meeting in the Kuwaiti capital city late October, explored avenues for the further expansion of bilateral relations.

During the meeting held on the sidelines of the 1st summit of the Asian Cooperation Dialogue (ACD) in Kuwait city, Ahmadinejad and Rahmon studied the ongoing cooperation between the two countries as well as future outlook for mutual cooperation.

The two sides also underlined the necessity for rapid and effective implementation of joint infrastructural projects in the field of energy, transportation, industry, agriculture, economy, science and culture.