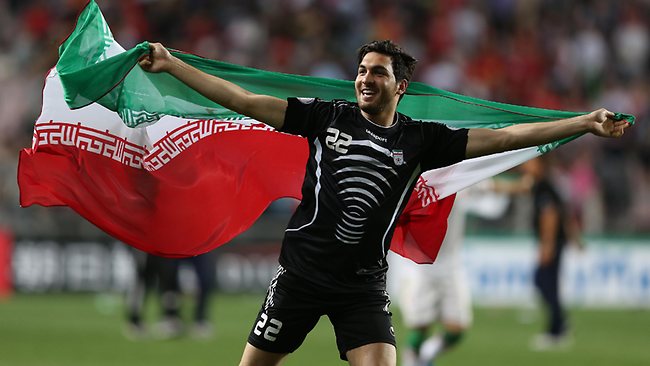 June 25 – The Iranian Football Federation (IFF) has made an official complaint to FIFA against the South Korean football association following the aftermath of last Wednesday’s world cup qualifier in South Korea, which saw the Iranian players being pelted with bottles by Korean fans, following their 1-0 victory.

Video footage following the final whistle shows the Iranian players celebrating their qualification for the World Cup in Brazil, whilst coming under a shower of missiles from Korean fans as they moved to one corner of the pitch to hail their fans, located in the upper tier of the Ulsan stadium.

Defender Mohammad Reza Khanzadeh went down injured as he was hit on the head by a bottle of water. According to the IFF, South Korean coaching staff threw punches at reserve keeper Sosha Makani.

Meanwhile, whilst some South Korean fans expressed shame, elements of the local media blamed the angry scenes on the Iranians, as Iran’s Portuguese coach Carlos Queiroz was seen pumping his fist towards the South Korean bench in triumph at the end of the game, The Iranians were accused of ‘goading fans with their victory celebrations.

The build-up to the match had been acrimonious, with South Korea’s coach Choi (for whom this was his last match in charge), promising to “make life painful” for Iran and Son Heung-Min saying that Iran’s captain Javad Nekounam would be crying “tears of blood”.

As it turned out, both sides have qualified for the final tournament, due to Uzbekistan’s failure to beat Qatar by seven goals.

By Inside World Football